The existing Imperial Lakes Water Treatment Plant (WTP) consists of two wells, a 0.25-million-gallon (MG) pre-stressed concrete ground storage tank (GST), a high-service pumping station (HSPS), two hydropneumatic tanks, a sodium hypochlorite chemical storage and feed system, and a caustic chemical storage and feed system. Finished water is pumped from the WTP into the water distribution system through two 12-inch-diameter water mains. Based on data plate information, Well Pumps 1 and 2 have a combined capacity of 3,000 gallons per minute (gpm). The GST is fitted with a tray aerator for hydrogen sulfide removal. Unfortunately, hydrogen sulfide gas given off by aeration has deteriorated the concrete in the underside of the dome, causing exposure and subsequent corrosion of the rebar. A previous structural assessment of the GST concluded that the GST should be demolished. Based on data plate information, the HSPS consists of four pumps with unequal capacities. The firm capacity of the HSPS is 2,250 gpm. 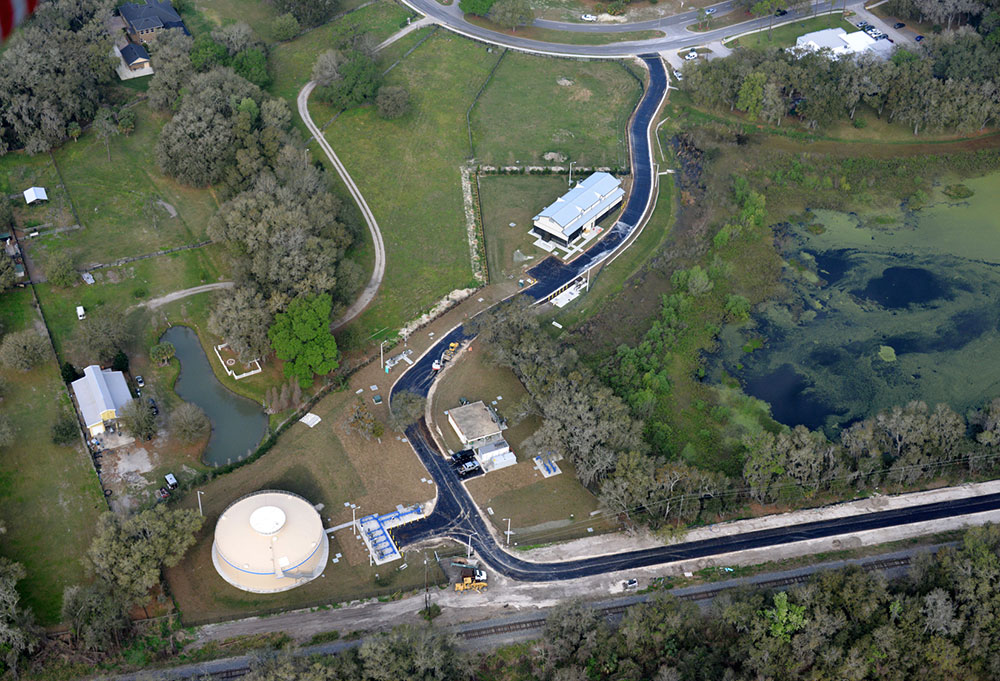